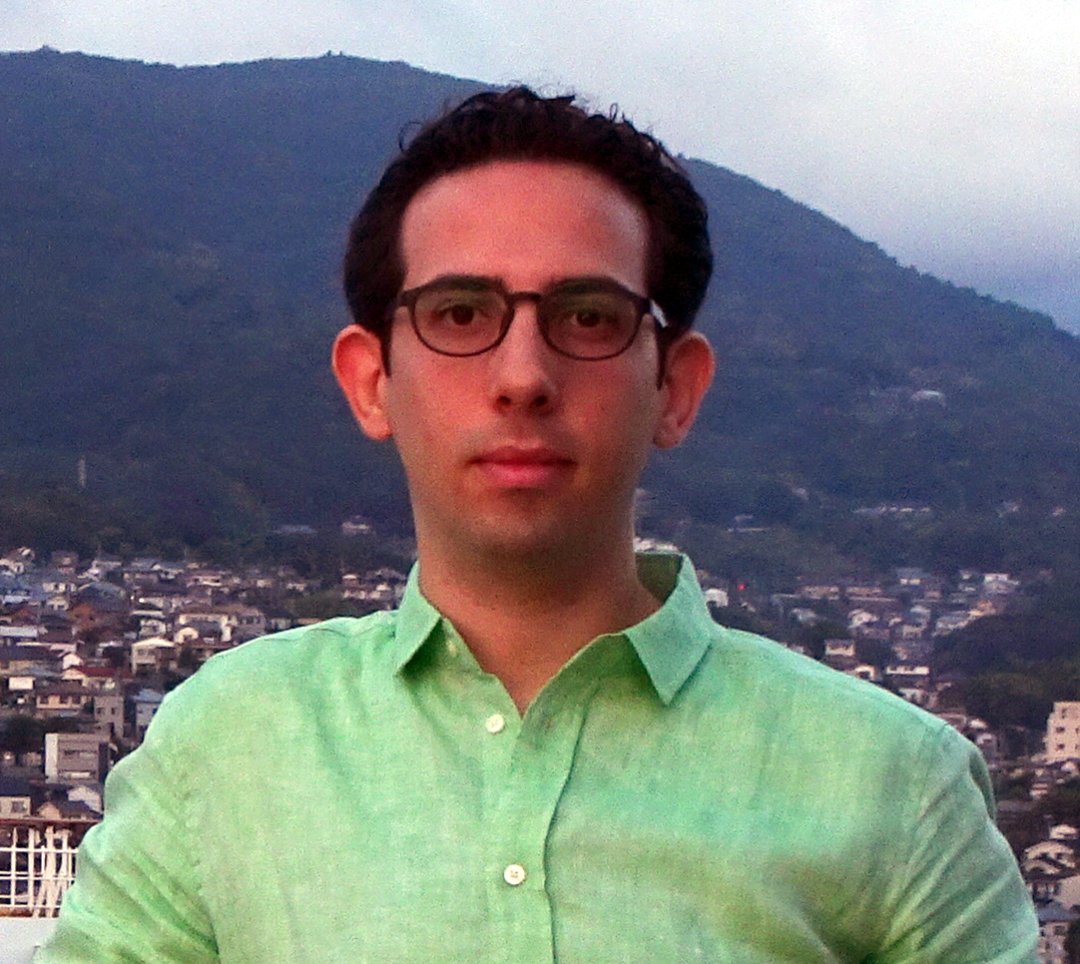 Born in Salta, Argentina in 1988, Rodrigo Navarro studied composition at the Universidad Católica de Salta, finishing the degree in 2013. There, he studied with Claudio Bazan, Marcos Franciosi, and Diego Vázquez. He also participated in an exchange program in the University of Georgia (USA). He attended several festivals and workshops where he took lessons with composers including Isabel Mundry, Toshio Hosokawa, Luca Belcastro, and Marcelo Toledo. Since October 2016, he has been a researcher and a Master’s degree student at the Tokyo University of the Arts in Japan, under the guidance of Ichiro Nodaira, where he is researching about the lyricism in the music of Toru Takemitsu.

CSB: Could you tell us a little about your work as a composer?

RN: As a contemporary music composer, I have always been mostly interested in the kind of music which, while being contemporary could at the same time be identified as “lyrical” (lyrical being understood as being capable of evoking emotions) and thus I’d say the style of my music is always in search of a kind of expression living within those two worlds.

CSB: What is the background to your piece for this concert, Hollow Moon?

RN: The idea that led me to use this title for this piece is the “hollow moon” theory that has been around for quite a few years. Depending on the writer and the time, this theory has taken different names and shapes, and I found the idea of it quite fascinating.

The fact that we are starting to live in the space age, and even when most mysteries have been resolved we can still look at our old neighbor and wonder and fantasize about it, just like humanity has since its beginning, makes me think that despite how far we go as human beings, we are still going to be able to be amazed by the beauty of the world.

The four first movements of the piece describe different moments or views of the Moon and its surroundings. And the fifth movement “From Afar” refers to different perspectives of the Moon, both from Earth (humans), represented through some musical quotations, as well as a fantasized perspective from a different world.

CSB: Have the different areas of the world you’ve lived in affected your music? If so, how?

RN: I definitely think that each place where I have lived or spent time has affected my music, although I would say that maybe not in a direct musical way, since in our present age, with the use of the internet we can access any kind of music from anywhere in the world. Rather location has influenced my music in an intangible way on the hows and whys of the musical creation or just the reason for music being what it is.

In this way I would say that mainly Japan has been a big influence on my music and on the way I think of music and perceive it, especially on the way in which time flows and on the possibility of appreciating a single sound as a whole.

CSB: What are some of the upcoming projects and performances on your radar?

RN: At the moment I am composing a piece for solo tenor saxophone to be performed on a saxophone workshop on November at The Tokyo University of the Arts. Also towards the end of this year a small piece for string quartet will be performed in Argentina. Other than that I am focusing on composing a chamber piece for Pierrot quintet, as well as an orchestral piece for the requirements to complete the master’s degree.